Home / Community-building / Lincoln High School and Chapel Hill High: So near and yet so far apart 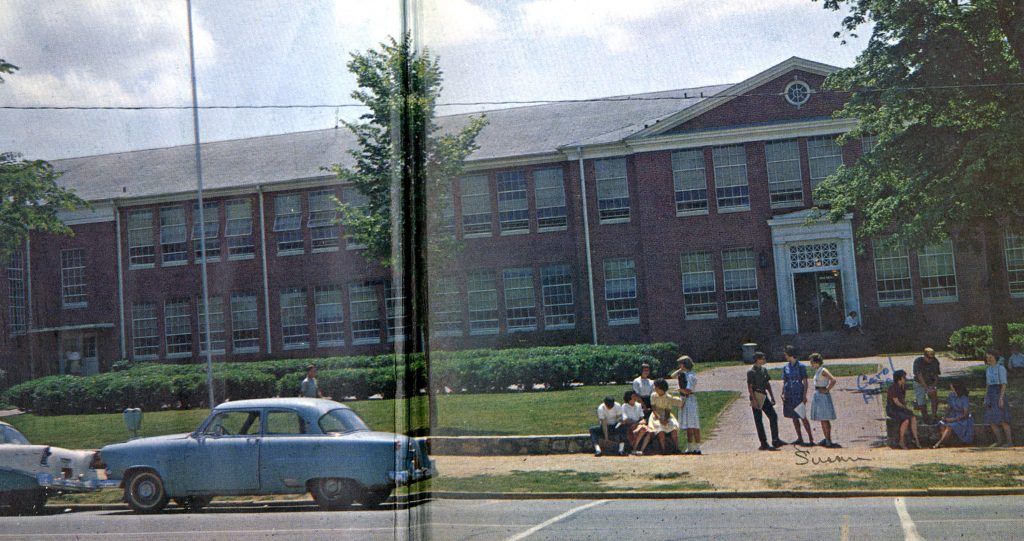 The two formerly segregated high schools of Lincoln and Chapel Hill High Schools: above top, the former Lincoln High, at 750 S. Merritt Mill Rd., which has been repurposed into the present-day Chapel Hill-Carrboro City School Central Office.  Above lower: Old Chapel Hill High School on West Franklin, roughly where the present-day Target is located, photographed in 1962 for the CHHS yearbook, Hillife. The school building was razed in the late ‘60s to make way for University Square and Granville Towers. (Both photos by Jock Lauterer)

Nine-tenths of a mile.

That’s how far apart the two schools were, physically.

One Black, one white.

They might as well have been light years apart.

Nine-tenths of a mile — a span that is now being bridged 60 years after, thanks to the vision and pioneering efforts of elders from both of the formerly segregated high schools — Lincoln High on Merritt Mill Road and Chapel Hill High uptown on West Franklin Street.

Blacks and Whites; Shirts and Skins

The roots of healing began over 60 years ago, on a sandlot football field.

Dr. John Allcott, 76, a Chapel Hill native and a practicing family doctor in Oregon his entire career, recalls, “I used to play pick- up football in Sophie Martin’s back yard, now a parking lot for the Carolina Inn. Years later, I started worrying about two Black fellows — George Booth and Robert Cole. I worried that I might die before saying ‘Hello,’ and, ‘How has your life gone?’  We played shirts and skins on nippy fall days circa 1957. We  were 12 and 13. Graduating  several years later, separately — they from  all-Black Lincoln High and I from  all-white Chapel Hill High…since then, our lives have unfolded.”

As a result of that drive to reunite and reconcile, Dr. Allcott, CHHS ’63, pulled together a steering committee in the spring of 2018 — all septuagenarians and grads of those two formerly segregated high schools— “to celebrate bridge-building between people of all races and backgrounds by bringing hope to our world,” Allcott said. 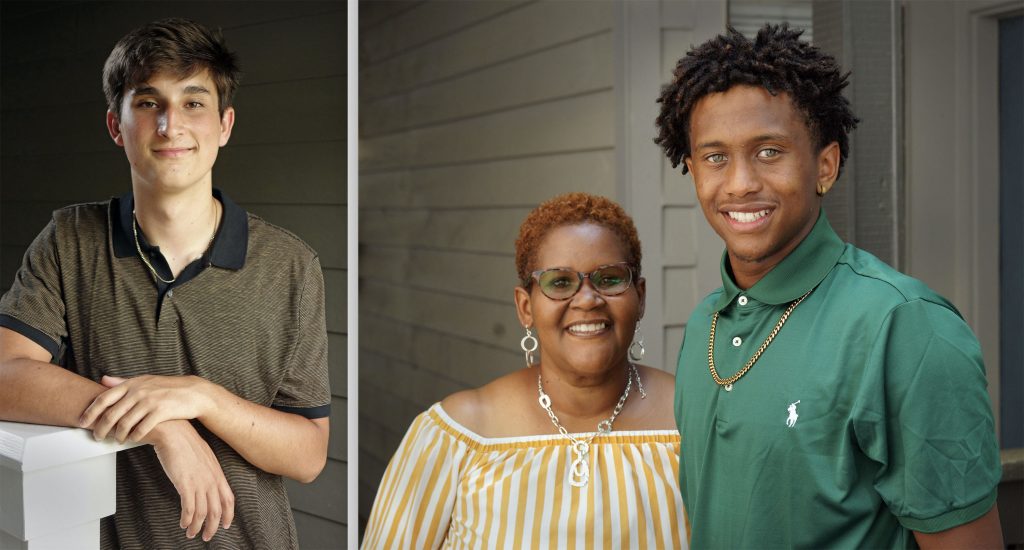 Kameron, the son of Kenyetta Farrington and Larry Walker of Chapel Hill, in addition to his prowess on the baseball field, has served as a student tutor/mentor in and out of the classroom,  and a volunteer worker at several local food banks.  This fall, he is headed to Norfolk State University with plans to play baseball and major in sports management. During the CHHS awards ceremony on June 2, LHS-CHHS Joint Alumni Association steering committee member the Rev. Carolyn Daniels saluted him by saying, “Kameron has demonstrated through his volunteer experiences and civic engagement a commitment to combat racial issues through public service.”

Phoenix, the son of Barbie Garayua-Tudryn and Jason Tudryn of Chapel Hill, is also an outstanding athlete, having excelled on the gridiron for Carrboro High School. In addition, he served as a student leader during the pandemic year of isolation. The founder of The Black and Brown Students Coalition at CHS, Phoenix says he has “worked to mend the gap between our students of color. As a unified group we have been able to completely change the culture of our school, from one of divide to one of inclusion.” Phoenix will attend UNC-Chapel Hill this fall and has hopes of being a walk-on for Coach Mack Brown’s Tar Heels.

Catching up with last year’s winners of the community service award: Victoria Fornville, a CHHS graduate, is now a rising sophomore at UNC-Charlotte where she is double majoring in psychology and communication. Hannalee Isaacs, also a Chapel Hill High School graduate, is a rising sophomore at UCLA where she intends to double major in political science and sociology. As a first-year student studying remotely from home this past year, she earned dean’s list status.

Making an Impact Back at Home

Founding steering committee member Dave Mason Jr., wants to see these past awardees in action, tackling the notorious achievement gap in local schools. “The recipients of the LHS/CHHS award have managed to overcome many of the educational obstacles that have plagued so many Americans of African descent,” he said, adding, “ It is my prayer that our recipients form a task force with the mission to bridge the academic gap in Chapel Hill.  And I would like to see future recipients of the award join that task force.”

Mason explained, “ I believe that previous failures in The Chapel Hill-Carrboro School system in this attempt are a function of lack of planning.   The plan for this endeavor must include goals and milestones that can be objectively monitored and measured. Also, there is a tremendous need to enhance the students’ self-este

When asked about his involvement in the project, steering committee member Richard Ellington reflected, “As a teenager I was blissfully unaware of the many advantages I had as a young white kid. I do not think I ever gave any thought to the other kids going to the segregated schools right here in my town. I remember reading and hearing about the civil rights marches and protests right here is my town. The one thing I don’t remember is really being concerned about all these goings-on in my town. I mean, after all it didn’t involve me.

Ellington concluded, “What I didn’t notice was the subtle and the not-so-subtle effects of segregation.”