Home / Uncategorized / From Murphy to Manteo — and on to Beijing

The following is the foreword I wrote for a groundbreaking book at press this summer in China, titled “An Introduction to Community Newspapers in the United States.” 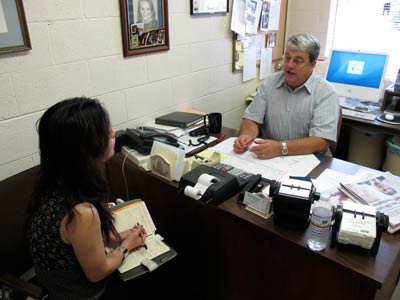 The author, Associate Professor Chen Kai of the Communication University of China in Beijing, was a visiting international scholar here at the J-School all last year, and this summer she is in N.C. again for a follow-up research visit.

Professor Chen Kai’s book, an exhaustive collection of case studies of many North Carolina community papers, resulted from a year’s worth of visits and interviews with the following generous Tar Heel newspaperfolk who we hereby acknowledge and thank: Ken Ripley of the Spring Hope Enterprise, Bill Horner of the Sanford Herald, Robert Dickson of the Carrboro Citizen, Mark Schultz of the Chapel Hill News, Kevin Schwartz of the Daily Tar Heel, David Woronoff of The Pilot of Southern Pines, Alain Lillie of the Carolina Weekly Newspaper Group of Charlotte, Megan Ward of the Shelby Star, Jeff Byrd of the Tryon Daily Bulletin, Ray McKeithan and Brownie Futrell of the Washington Daily News, Charles Broadwell of the Fayetteville Observer, Gary Cunard of the Franklin Times, and Lynn Wagoner of the High Point Enterprise.

As you read this, keep in mind it is addressed to a Chinese audience which is utterly unfamiliar with the concept of “community” and the newspapers that serve them.

When I inform my students that 97 percent of all U.S. newspapers are small* newspapers, they are invariably surprised. Some are openly skeptical. Like most Americans, they subscribe to the stereotype that the American newspaper landscape is dominated by only the big-city daily newspapers with spacious offices on the top floor of some urban skyscraper. And perhaps the Chinese reader will also hold to this simplistic notion. But as you will read, in the United States, nothing could be further from the truth. Small newspapers, which we call “community newspapers,” are the heartbeat of the country. They are located in practically every village, hamlet, small town — and even in some cases, urban neighborhoods. Whether they are weeklies in the state of Maine, twice-weeklies in North Carolina, or even dailies in California, they all share a common, often unspoken purpose — beyond being merely profitable: to TELL the LOCAL news, to SERVE the community and to help BUILD that community by instilling, nurturing, reinforcing and encouraging a “sense of place.” We call this “community-building,” and the local media is the primary engine driving that train. As you doubtless realize, the U.S. is a very young nation. Certainly compared to a Chinese culture that stretches back 5,000 years. A mere 200-plus years old, our country is a baby! But out of that “newness” grew a new form of media. Remember that the European settlers of the 1600s found this land to be a vast wilderness. And as exploration and development moved from the coasts into the interior, small farming and market towns sprang up. These “start-ups” were not unlike new businesses: someone had to be the leader, or leaders. And very often among the vital institutions and facilities that town leaders deemed absolutely necessary would be a hometown local newspaper!

Cody, Wyoming, is the perfect model. When legendary cowboy “Buffalo Bill” Cody built the town in the 1800s, he proclaimed that the first establishments built in his new town would be a school, a hotel, a bar and a newspaper! To this day, Buffalo Bill’s newspaper, the Cody Enterprise, thrives.

These so-called “country weeklies,” many of which were started in the 1800s, developed, grew, were bought and sold, merged and evolved quietly, out of view of the big city major metro press and mainstream journalism academics — until the late 1950s when a seminal book was written that changed the landscape. “Community Journalism,” written in 1960 by Ken Byerly, a former country weekly editor/publisher turned university professor, changed the way we thought about so-called “country newspapers.” Byerly was the first author/scholar to delete “country” and substitute the word “community” to brand and to differentiate the style of journalism — distancing community journalism as a concept, style and practice that was wholly separate and apart from “big-city journalism.” Byerly was also among the first to grasp and articulate the “sense of community” as being vital to the newspaper’s raison d’etre — vital to its core mission. From the ‘60s through the ‘90s and until 2001, American community newspapers multiplied, grew, thrived and flourished. Only the events of 2001 and the subsequent recession have slowed that growth. But even in the economic downturn, community papers weathered the economic storm far better than their big-city media cousins. 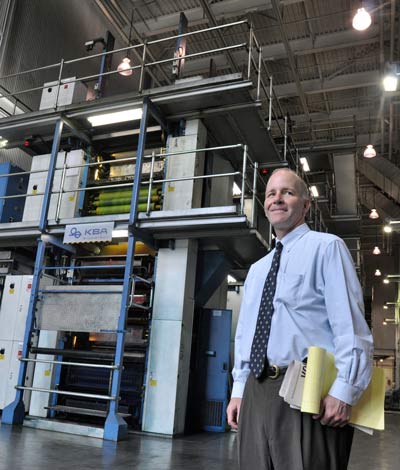 So now, as a new age dawns, community journalism is once again resurgent. Ironically, the slow demise of the major metro daily has led to a new respect and desire for all things local. So we have this expression, “What is old, is new again.” And community journalism in the U.S. is now widely accepted and respected, both in media and academic circles alike.

FROM THE NEWSROOM TO THE CLASSROOM

In many ways, my own professional history reflects the trajectory of U.S. community journalism over the last 50 years. Educated in college by Professor Byerly and inspired by great local community newspaper editors in my college hometown, at the age of 24, I launched the first of two community newspapers. After 15 years of hard and rewarding work, I sold my interests and turned to the classroom, where I now teach community journalism, produce two lab newspapers and nurture the state’s 181 community newspapers from a center at my university’s school of journalism and mass communication. So I am a community newspaper editor/publisher turned professor. I have seen all sides of both the newsroom and the classroom. In 1993 I wrote the first edition of my book, “Community Journalism: the Personal Approach,” because Ken Byerly’s original book needed and deserved to updated and expanded. My book, now in its third edition, titled, “Community Journalism: Relentlessly Local,” was published in 2006.

I am often asked, “Why don’t you do a new edition?”

I reply, “Because of China.”

When, in 2008, I first heard that a Chinese scholar was interested in studying American community journalism, I was not particularly surprised. After all, my book had been translated into Romanian and Korean  — so why not Chinese? But what did surprise me, and pleasantly, was the level of scholarship, vision and intensity that Associate Professor Kai Chen brought to her project. Although I am almost old enough to be Professor Chen Kai’s father, it became immediately clear that I would be the student as well. Soon after we began our studies together in August 2009, I would learn the term “the Chinese Way,” which quickly led me to realize that a literal translation of my book would never work for China. Even as my Chinese visitor plunged into her case studies of a dozen excellent North Carolina community newspapers, she was subtly instructing me, inculcating me, acculturating me into Chinese history, customs, philosophy, politics, thought, culture and social mores. It was as if I spent one entire year in China without ever leaving the United States!

If you want to see your world in a totally different light, try looking at it through the eyes of someone from another world. As we toured my home state, visiting the best community newspapers for her study, I found myself being asked repeatedly about the most basic of American cultural and journalistic tenets, “What is the meaning of this?” she would ask — forcing me to think critically and to articulate clearly the very foundations of my culture and profession.

Many times, as we struggled to communicate effectively, we would both realize the chasm of cultural differences that lay between us. But always, humor provided the bridge — and we learned to laugh about the American professor speaking “Chicken,” while the Chinese professor was speaking “Duck.” We were both “birds of a feather,” using the same words, but those words weren’t having the same meaning.

It was as if our communication challenges served as a metaphor for the larger issue — that of our two home nations, the U.S. and China — attempting to make sense to, and of, each other. Sometimes succeeding and often failing, but always trying.

Through all our discussions and debates (some quite heated!) I came to realize and appreciate the fact that American community journalism could not simply be overlaid or beamed down or “cut and pasted” onto China…but that China would have to examine and dissect our “best practices” and then adapt, adopt, modify, mold and shape a version of community journalism that will be wholly and thoroughly Chinese. Again: the Chinese Way. NORTH CAROLINA AS AN AMERICAN LABORATORY

As a result of my book, I was able to organize in 2005 a national cadre of 200-plus like-minded university professors from across the U.S. who study, conduct research and teach community journalism. That has led to speaking engagements in half of the states in America. This exposure entitles me to say: I have studied community papers all across my country, and can attest that the North Carolina newspapers that Professor Chen Kai studied serve as a perfect laboratory, a representative sampling of and for U.S. community newspapers in general.

And finally, a word about Professor’s Chen Kai’s level of scholarship. I can promise the reader that her multiple interviews with key personnel from each newspaper she studied were thorough, comprehensive, in-depth and at times exhaustive. In fact, through her hard questioning of editors and publishers, she uncovered facts about my state’s newspapers of which even I was unaware!

I am excited about the future of China and about the growth of community journalism in your country. If for no other reason than China’s sheer size, it is thrilling to contemplate the positive impact that community newspapers could bring to such a dynamic nation. Thus I commend the groundbreaking work of Professor Chen Kai; it is my humble opinion that this pioneering field guide will serve as a first-of-its kind roadmap for students and editors wishing to explore the wonderful, challenging but ultimately rewarding world of community journalism. It has been my honor to share a small role in this journey. I will be watching with great anticipation.

* According to the American Society of Newspaper Editors, newspapers with print circulations below 50,000 are defined by the industry as “small newspapers.”

5 Responses to “From Murphy to Manteo — and on to Beijing”